The Prospect of Opioid Litigation

What significant legal developments on opioids, if any, do you expect in 2018?

“To date, more than 100 cities and states across the country have filed suit against the pharmaceutical companies, arguing that these companies bear some responsibility for the crisis. Look for more governmental bodies to join in these suits. Also, expect more states to try and enact drug formularies.”

“Swiss Re Corporate Solutions and other industry leaders will need to balance enforcement of policy provisions to avoid coverage for fraudulent or criminal diversion, against extending applicable coverage to insureds who responsibly produce and distribute a product that carries tremendous social utility when used properly.”

“I would expect more actions by licensing boards relating to the perceived over-prescription of opioid medications by physicians. Similarly, I would expect an increase in lawsuits against prescribing physicians alleging issues with dependence, including, but not limited to, overdoses and death. Additionally, some states are pursuing lawsuits against pharmaceutical companies.”

“With over 150 suits in the Cleveland MDL, Judge Polster will pressure defendants to forge a settlement template in 2018. This is destined to create a clash between defendants and their insurers, which are not likely to embrace coverage for economic loss, disgorgement, or injunctive damages rooted in allegations of fraud.”

Number of people in the U.S. who have died from overdoses related to prescription opioids from 1999 to 2016.

Number of people in the U.S. who misused opioids in 2016, including 11.5 million who misused pain relievers and 948,000 who misused heroin.

Percent increase of Blue Cross Blue Shield members with an opioid use disorder from 2010 through 2016.

Number of state attorneys general who launched a joint investigation into opioid manufacturers and distributors in September 2017 to uncover any potential unlawful practices in the marketing and distribution of prescription opioids. 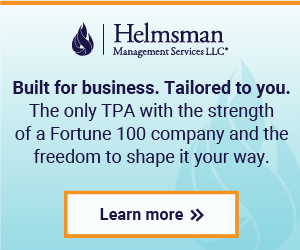