Google “MGM Victim Lawsuit,” and you will find the following headlines....

Forced to explain why it was suing shooting victims—can you think of a worse PR writing assignment?—MGM took to Twitter to respond to the near-instant tidal wave of criticism at its legal maneuvering: “We have filed what is known as an action for declaratory relief. All we are doing, in effect, is asking for a change in venue from state to federal court. We are not asking for money or attorney’s fees. We only want to resolve these cases quickly, fairly, and efficiently.”

Can you guess how that went over in the tweet’s comment section?
• “I will NEVER set foot in any MGM property again along with all my friends and family! #BoycottMGM”
• “What scumbags in charge at MGM. Absolutely no scruples or empathy it’s all about $$$$$$”
• “You have named the victims as Defendants. The victims have to pay lawyers to defend themselves. The suits will follow them the rest of their lives. They have been sued in federal court. You deserve all the harsh criticism you’re getting. You have harmed innocents.”

As this month’s cover story authors Stacy Fulco and Lance Ewing note in their analysis, “From a legal defense perspective, all avenues of the law for MGM should be explored just as plaintiffs’ attorneys exercise that same due diligence.” While it is well within MGM’s rights to do so, that decision can’t be made in a vacuum, no matter how right it may be. After all, a guilty verdict in the court of public opinion can be more damaging than the gains achieved pursuing a justified legal action. 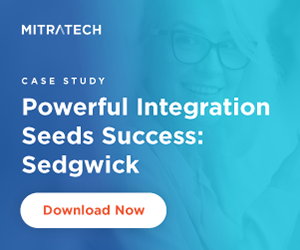